The war ends, and peace is desirable. This is the reality in which he now lives the country. War and peace, life and death – the eternal themes that inspire musicians, artists, poets. His creativity and all they can, caring people in the arts in our country support the Ukrainian military, and on the front lines and in hospitals, and in the rear. Songs about war have always been inspiring for the soldiers, and now national musicians create a moving and topical compositions, perform concerts for our defenders and raise the morale of the Ukrainian troops.
Post-Soviet rock music symbolized, above all, freedom, forward movement, energy and force of irresistible truth, the truth of life and feelings, losses and victories. It is therefore not surprising that Ukrainian rock band is a mouthpiece of change in their state. They actively support the revival movement, Pro-European trends and inspire their supporters to fight for the future. About where inspiration comes from during the war and support rock music, read an interview with songwriter and lead singer of the band "Kamyaniy gist" Yuriy Veres.

– Yuriy, let's start with an introduction. Please tell us how to create a "Kamyaniy gist", because this year the team turned seventeen?

– Yes, it was the distant 1998. First the group gathered in a circle of friends, most of whom were musicians-Amateurs. There was a desire to play, to speak, started to write songs. Rehearsals are held in the garage, in the apartment, in a Palace of culture, on the antediluvian equipment. We were seizing every opportunity to speak, even went to the festival at their own expense. Subsequently, began to appear high-quality instruments, rehearsal Studio with modern equipment, increased performance skills. As a result, over the years has released four albums of the Kamyaniy gist. During the existence of the group in the team has played more than fifteen musicians. The present composition is kept for about seven years. Only performers we have changed. And the previous one, by the way, now lives in Mariupol.

– So where does the name "Kamyaniy gist"?

– The name came immediately. The search process is similar to choosing names for newborn baby. In our case it is the result of joint creative work. Once we gathered in the kitchen, picked up different phrases that sounded funny, and serious, and someone suggested – Kamyaniy gist. I felt: this is exactly what you need. I liked the warmth of the sound, the mystique, though a hint of the stones, as the Association with the word rock. However, the name is not the main criterion of success, as they say - not the name makes the person, and the person name.

– Starting to speak with your songs, you are focused on a specific audience, say, supporters of the Ukrainian or European rock?

– When you write – it is a process that is unlikely to be for anyone but you. After all, it's your internal state at this moment. Of course, in the early works felt a youthful enthusiasm, something a little naive, but sincere and pure, and at the same time – search and experiment. At first I wrote in Russian. These were songs are mostly about the sad realities of life, but there were also fictional stories. Since 2010 started to write songs in Ukrainian. My family is Ukrainian, I grew up in this environment, communicating in their native language, but wrote in Russian. Then something in me switched, some internal switch, and I completely switched to Ukrainian.

In particular, the song "Zakhodyvsya u viyni" also in Ukrainian. How did her idea?

– Writing songs usually takes place spontaneously, unconsciously. Take a guitar, start playing, an inspiration, comes the text. The song "Zahodyvsya u viyni" created in this way, in the fall of 2013, before all the tragic events. I was thinking of a bright and clear picture. I felt like I was in the thick of the war, as it is scary and unbearably painful to see dead friends, shivers on the skin and tears in his eyes. When shown the song to the band, each had their parallels, in particular with the second world war, which affected all because our grandparents talked a lot about her. In any case, for me remained a mystery why in a peaceful and quiet time have any arrangement with such a tragic subject. However, when on the Maidan beat up the students, I thought that it refers to these events as if anything tells us about the future. When did the capture of the Crimea, thought the song about it. And today, when the war in Eastern Ukraine continues for more than a year, it seems that the composition on this period. Perception is constantly changing. I am often asked when it will be finally a song about the world. Before, I just shrugged, and now am glad that this composition is already there, it can be heard in the next album.

– And whether the repertoire of the Kamyaniy gist other works on the theme of war?

– "Tam za goramy", from the album of the same name. The basis of this song incorporated real history: grandfather was killed when my mother was only three years old. The grandmother had to raise four children alone. This composition was created in 2010, but now it is perceived by many as the one devoted to current events, i.e. the war, which is now where thousands of children are orphaned, mothers waiting for sons and women lose men. Any song has an interesting feature: everyone perceives it differently, it lives its own life, and don't need to explain what it is about. "Tam za goramy" going to shoot a video, in which we will try to reflect on the current situation, something to aspire to, and we want peace.

– We have a song that was inspired by memories of world war II, will be illustrated with pictures of the current war.

– History repeats itself, many Parallels can be drawn. In addition, emotions, feelings and thoughts of people who lose their loved ones. The one who survived the war knows that peace is most important.

– "Kamyaniy gist" confirms their civic position not only in creativity but also in charitable activities?

Recently, the band performed in the Main military clinical hospital. We are honored to play for the wounded warriors, which is currently restricted in many things. Had a very warm and touching concert. This is the case when the audience merges with musicians in thoughts and emotions. It was nice to see and feel the high human qualities, patriotism and civic position. Fighters know, during that war, and this is extremely important. Yes, it is not easy, many of them suffer from serious injuries, but they don't serve mind and stay with dignity. It is striking that most of the soldiers wants to go back to the front. Some of the soldiers we met before the concert, the other volunteers – family Tkachev. This is Inna and Vladimir, and their children. They help psychologically rehabilitate war, to overcome post-traumatic stress, strongly support them. We first came to the hospital just to talk with the wounded, gave records, and have subsequently played a concert. Meanwhile, the album "70/80" that just came out, was presented during the charity event. All proceeds from admission tickets and sales of the albums we gave to the needs of the hospital. And then, because the us album is conceived as a non-profit, it was decided to make it entirely charitable. So far, we have manufactured plate custom made, and the money from the sale of the pass to volunteers. I believe that in our country there is a unique volunteer network, which works extremely effectively, EN masse, openly, honestly and with love. I am proud to live in Ukraine and can chat with such people. If they do not, is unknown, as it all came together.

– The format album "70/80" quite original, that the translation of famous rock artists? How did you get this idea?

Is a continuation of our project "Classic of rock in the Ukrainian style". First there was the album "60/70", which is completely dispersed. Now it can only be found in the collections of music lovers. It all began in 2011 with the song "People are strange" by the American group The Doors, known in the 60-ies. Was wondering what is sung in such a wonderful composition. We quickly moved her and started to perform at his concerts and the audience liked it. Next came legendary "The Beatles", the contents of which were pleasantly surprised. In particular, George Harrison wrote quite philosophical texts. His song "While My Guitar Gently Weeps" opened many doors and became, so to speak, the seed from which grew the album "60/70 and 70/80". This inspired the creative work, but there are some nuances. Western culture is different from Ukrainian. What is natural for them, for us it sounds unusual, that is too easy or difficult to understand. Translation important for the text was clear and natural. Releasing the album "60/70", we felt a great interest from the audience, received a lot of letters, so I decided to continue working on the project. Via crowdfunding online platforms "Spilnokosht", which provides an opportunity to present his idea and to raise funds for its implementation, we released a new CD "70/80". I note that our project is supported by people from different parts of Ukraine including from the East. Many thanks to all.

By the way, in the recording of the album participated famous journalist and presenter Andriy Kulykov. One day, hearing the song of "The Beatles" in our execution, he invited musicians "Kamyaniy gist" in a live broadcast of its program "Pora rocku" on the radio "ERA", and later shared their own translation of the song "Coz I Luv U" by the British band "Slade", which is included in our new album. Besides, Andriy himself participated in the recording.

– Thanks to the Association of good people are able to implement interesting and useful ideas.

– Together we can do, if not all, very much. Recently there was a sense that the Ukrainian society is unified. And it hurts that given that the cost of human lives. Incidentally, when it appeared the Heavenly hundred, I remembered the Orange revolution of 2004. Then these guys had only ten to twelve years... And now my son is ten years old and he loves his Homeland. I hope that in the future, without revolutions and wars... Today we have significantly more possibilities for change than before. We must seize this chance.

– Now, many creative people are trying to affect Ukrainian and even Russian society, expressing their Patriotic, civil position. You were such attempts?

– Yes, in particular, we have friends in Moscow, the group "Krematoriy". During the Maidan they asked: "What is happening in Kiev?". I wrote them a letter, which showed the release, added photos and videos. This letter was published on an official site of group "Krematoriy" and in communities of social networks. The publication caused a lot of sharp comments from Russian Internet users, but among them there were those that questioned: "does our mass media deceive us?". There is always hope. Need to share accurate information in interviews and on social networks, and in the works... 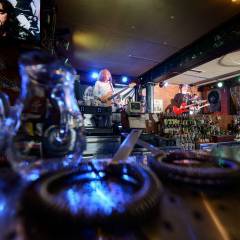 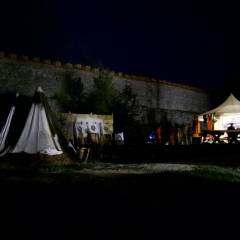 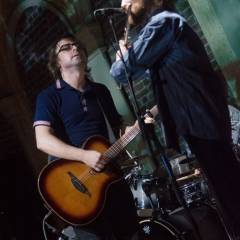 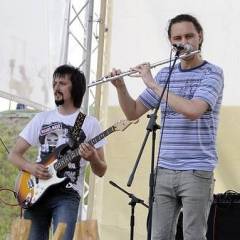 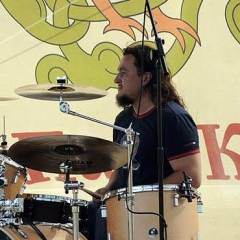 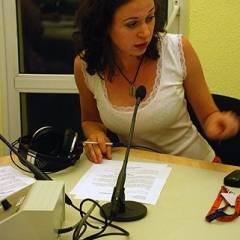 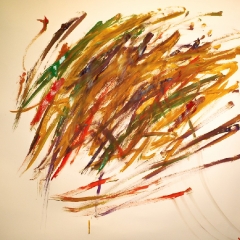 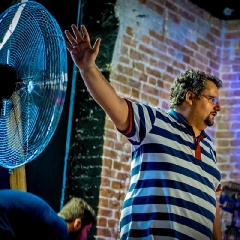