The festival organizers made an appointment for 19:30, because the train leaves at 20:00. "Kamyaniy gist", as an indicator of good behavior, was at the appointed place at the appointed time. Unfortunately, this punctuality appeared to anything.
Night had covered a shadow on the city, the train was boiling from the heat, and in it, like a crayfish, cooked all musical groups, which were very many, and among them many of our friends: Sasha Qaut together with a group of "The Hills" (as it turned out they're playing our former drummer - Gene); in the next car drove the familiar employees "painfully" familiar.
Finally the hour has come and we "moved on", and after a while confidently "let's go." The leader of the "K. G." Yuriy Veres in my head was alcohol involved stop-cock, and any suggestions on an alcoholic theme, he cut and snorted with displeasure. Saying "I don't drink, don't want, won't, etc.". Even the great master of persuasion Sasha Qaut failed to achieve anything. But he had an axe to grind. He wanted an acoustic guitar for of table, table, and maybe even Undercounter singing!

The train arrived in Kuznetsovsk and musicians on the bus brought to the hotel. Also came old familiar merry - "pearl of the steppe", "Antipope" and "Team Q-100".

On the first day of concerts was not and the group "Stone Guest", in order not to waste time, decided to visit the Rivne nuclear power station.
And here they were face to face with energy. An impressive sight: a huge pipe, from which steam comes, soon turning into clouds. Next there's a mangy dog, and around all planted with wheat...

In the first day, the teams have played just one song. 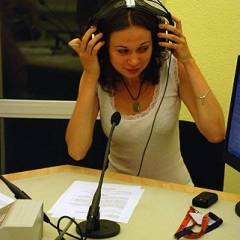 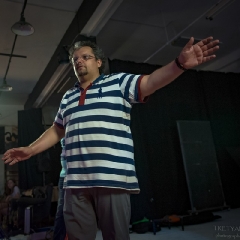 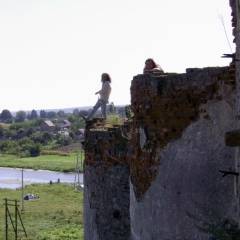 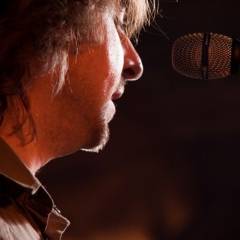 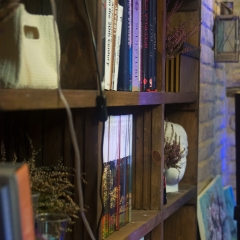 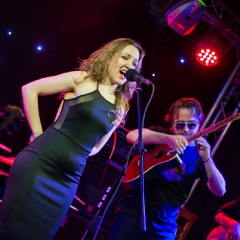 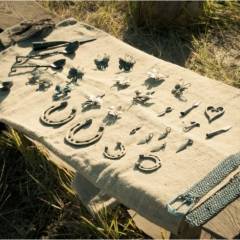