Discography of the Kamyaniy Gist band 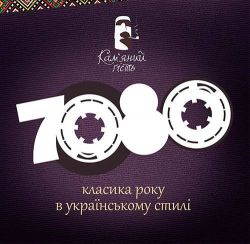 "70/80" - album by "Kamyaniy gist", which tracks global rock legends of the 70s and 80s are performed in Ukrainian. This project is a kind of gratitude to the classics of rock music. 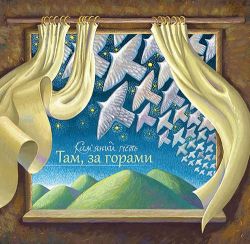 The album Tam, za goramy was presented at the end of 2013, although work on it began in 2011. During writing was used as "traditional" and ethnic instruments. The thematic range of the songs is quite wide - from bold irony to philosophical reflection. The song "Tam, za goramy", which gave the name to the album, has an interesting story from real life. 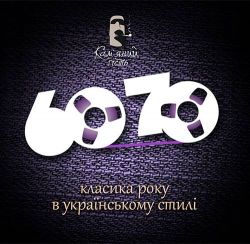 "60/70" - non-commercial album by "Kamyaniy gist", which tracks global rock legends of the 60-ies and 70-ies are performed in Ukrainian. This project is a kind of gratitude to the classics, the opportunity to conduct a creative experiment and create a new view on well known rock hits, combining classic drive sound with the natural melodiousness of the Ukrainian language. This is as close as possible to the original.

"Tanets so vremenem" - only one russian language album by "Kamyaniy gist" rock-band. This disc was recorded almost at the very beginning of the creative ways of the team. In those days musicians had quality tools and experience of Studio work. In the lyrics and the arrangements felt a search and experiment. The bulk of the audio material has been accumulated in the course of a few nights. Mixing and mastering is also carried out in a hurry. The result is somewhat rustic, but sincere.